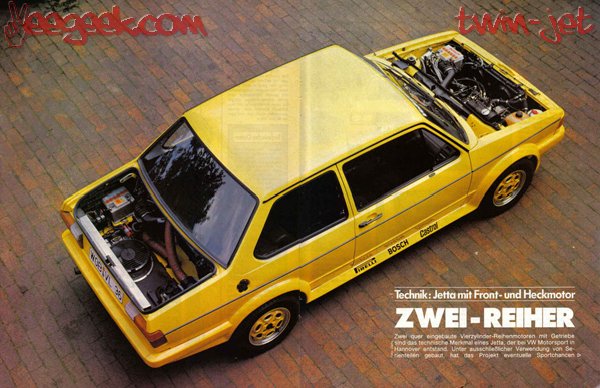 Built by Volkswagen Motorsport the Twin-Jet was seen as a logical respons to the Audi Quattro´s 4wd competitor in European rallying. But unlike the Quattro´s 4wd conversion, the Jetta has had to contend with a transverserly mounted engine up front; hence the unortodox approach of putting another complete powertrain at the rear. As a side benefits of course, there´s always a second powertrain to allow the driver to limp through a special stage should one or the other pack it in.

The Twin-Jet´s  rear modifiactions look deceptively simple,  with a cannibalized Jetta´s underhood structure spliced and reinforced into the trunk area and the engine/transaxle mounted right/left, respectively, just as in the front of the car. The rear suspensions shock towers are identical to the stock GTi/Gli sports units fitted up front, but Heim-jointed tubular lower arms at the rear replace the front end´s pressed steel components. And where´s the normal Jetta has its rear anti-roll bar intergral with it´s crossbeam/trailing arm design, the Twin-Jet has a resonably hefty bar separately located at the rear beamed with the stock bar of the sportsuspension up front. Tires are Pirelli P7 Rallys, 205/60 VR-13s mounted on cast alloy wheels of 6inch width. There´s a ventilated disc brake at each corner (borrowed from the sports package´s front end); also befitting the the Twin-jet´s nature, the car has the brake proportioning via a tunnel-mounted control and it´s handbrake work with hydralics.

Each engine are stock Jetta Gli 1588cc and fitted with Bosch K-jetronic injection. Their combined output is 220Bhp at 6100 Rpm´s and maximum torque 232 lb-ft at 5000. Ignitions and fuel system are independent of each other, altough a front-mounted radiator of enlarged capacity  handles the cooling responsibilities for both engine´s and there´s an electric fan in the rear compartment to provide additional cooling. Gearboxes are stock Gli 5-speed units with close-ratio gearing. On the other hand, taller final drives. 3.70:1 versus the stock 3.90:1 are fitted to translate the Twin-Jet´s greater power into high top speed and the rear transaxle has a limited-slip differential. The clutches actuated by a common pedal, have additional control through dash-mounted knobs for selective disengagement; thus, the car can be driven in Fwd, Rwd or 4wd configuration.

The technical data of the Twin-Jet

Drive: The car can be driven in Fwd, Rwd or 4wd configuration.

Pictures of the Twin-Jet 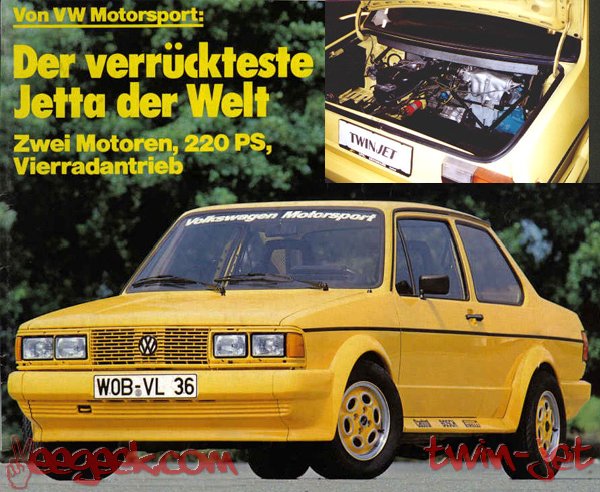 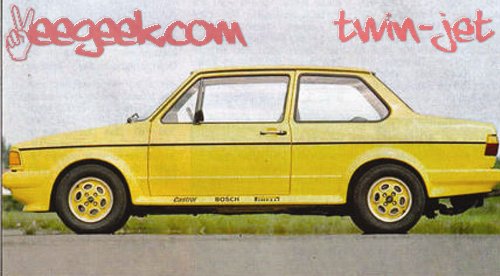 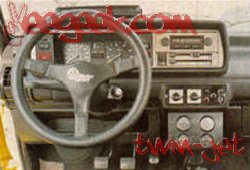 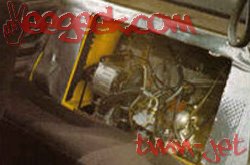 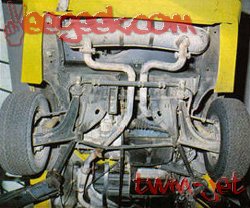 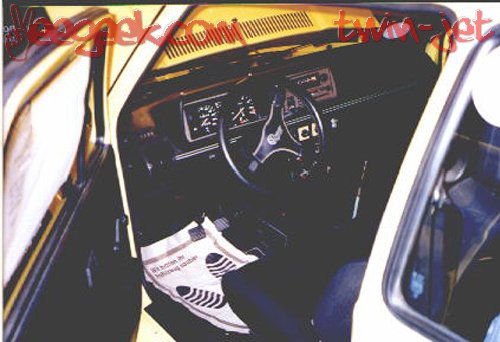 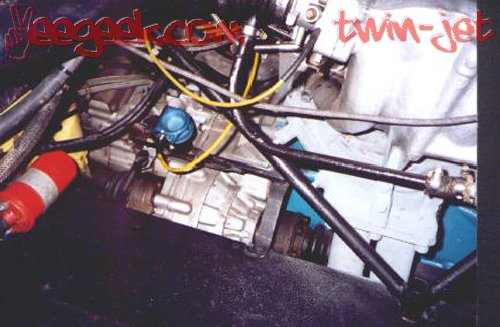 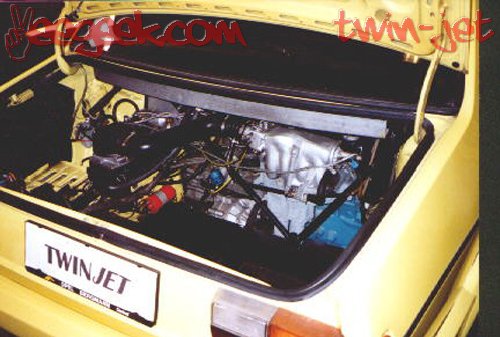 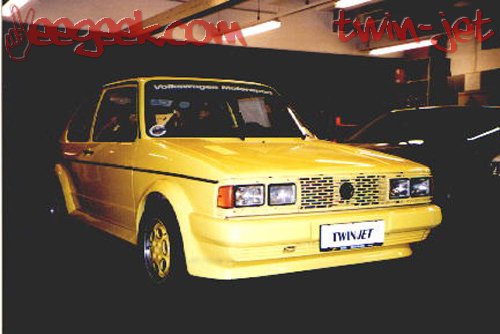 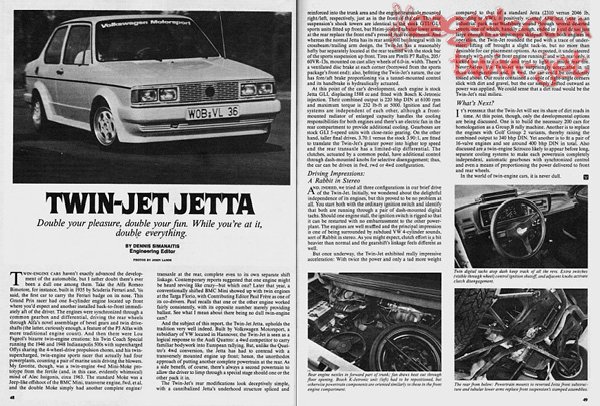 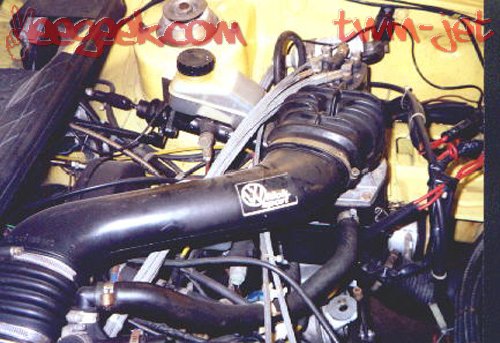 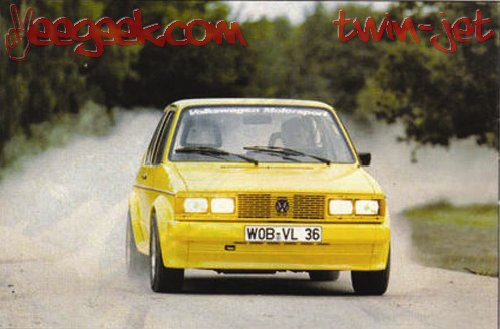 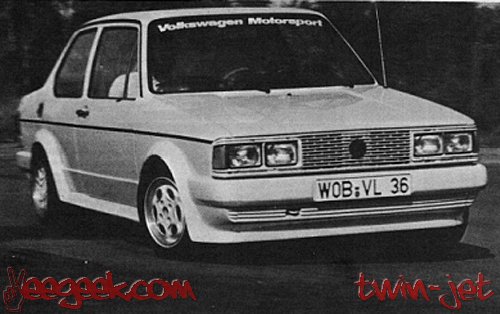 Back to odd & rare index